Jay’s approach to facilitation helps people make better decisions. For 24 years, Jay has helped his clients improve their decision-making processes at every level of their organizations and across all departments. The outputs from Jay’s work contribute to maximizing staff productivity and performance, while reducing associated costs.

Assisted in the development of strategies to address the various needs of facilities located in dozens of countries. Wrote the guidelines for comprehensive gravity sewers, water conservation, and water metering for Pfizer Global Engineering, which were then used throughout their global holdings.

Each initiative required consistent contact with the Director, the Deputy Directors, and Division leadership. Measurably improved strategic direction in each division, innovative workforce, and technical management.

Assisted the Director and the staff in the execution of the successful sale of the Department of Waterworks to Citizens Energy Group. Advised on the strategy for transfer of ownership of the water system, providing quick analysis of several active, capital plan listed projects.

City of Columbus, Ohio: Department of Public Utilities – Divisions of Water, Sewerage and Drainage, and Power

Resulted in the creation of the City of Amman’s publicly owned and operated water utility.

Republic of Poland: Ministry of Finance/Ministry of Privatization, Warsaw, Poland

Helped open the Ministry of Privatization in Warsaw – the first and most successful privatization program in Central Europe. In the midst of “shock therapy” as Poles began the most radical reform since the fall of communism, acted as an advisor to Ministers, Directors and industry representatives in defining various public approaches to national privatization and for the privatization of small and medium businesses (PPP). As a Task Manager of the Price Waterhouse/USAID funded team, helped deliver the privatization plan for the prestigious Polish glass sector. A key accomplishment was the Sandomierz – Pilkington LLC transaction, closing at $170 million in revenue to the reform government and establishing one of Poland’s best foreign investors.

Served as one of the two initial USAID funded privatization advisors to the government of Uzbekistan. Created, promoted, and implemented a comprehensive program designed to initiate and later accelerate the Uzbek privatization effort. Traveling extensively throughout the country, helped open the 14 regional offices that promoted and enabled the sale of municipal and regional property. Worked closely with USAID officials, US Embassy representatives, Peace Corps business volunteers, and other Non-Governmental Offices as more state-owned reform projects arrived.

Under a USAID contract, served as the Price Waterhouse Team Leader for 110 local professionals as they fulfilled all major goals in a Mass Privatization of state-owned industries project. Oversaw the operations of the voucher privatization, PPP, and initial analysis of the Kyrgyz energy, telecommunication, and airline industries. Managed six regional offices and provided the project with in-depth involvement at the local level. Nearly 400,000 citizens participated in the program, which included a high-profile public relations campaign.Partial List of Clients 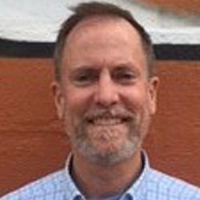